Every nice day, this time of year, is a drop in the oncoming tide of disaster, and it is not an actual sin to enjoy the nice days, right? They always happened in some context, more often or less.

Been delighted by Chuck Berry on the New Wave (via josh): “If you’re going to be mad at least let the people know what you’re mad about... I like the bass a lot. Good mixture and a real good flow. The singer sounds like he has a bad case of stage fright...”

As a reaction to Unknown Pleasures, I get “the instruments may be different but the experiment’s the same.” I don’t understand it for “I Am the Fly.” 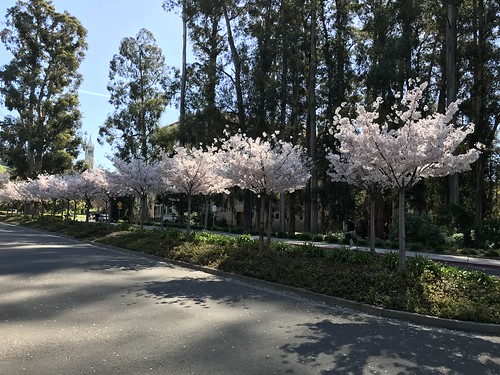 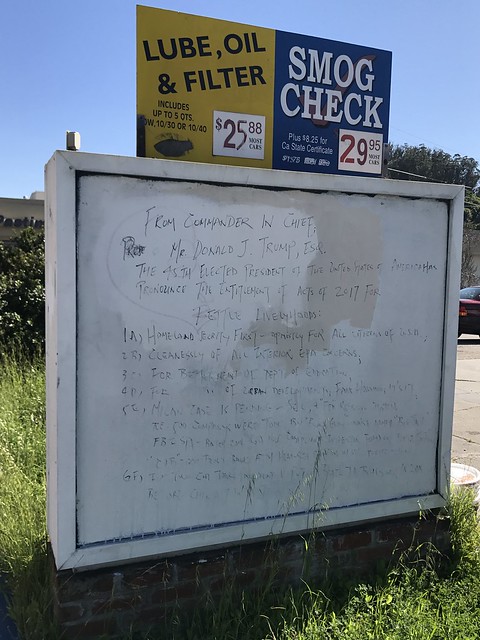 A: Could you stand to do a bunch of writing-for-exposure, beyond what you’ve done, or would it be too soul-killing? That mercenary shit is so much a part of the literary landscape now. I don’t know. Nonfiction is the price of fiction.

Similarly we wish it weren’t necessary for rock songs to be used in commercials, but... that’s the way it is? I don’t know if that’s a valid analogy. Economies of attention are what we’ve got, though.

B: I think the analogy is not licensing your song to a car commercial, which no one minds any more, but having to go spend two weeks of every month busking at the auto dealership.

Without quite intending it, I took to Vancouver mostly books from Asia or Asian America. Along with Sōseki’s Grass by the Wayside and Inoue’s The Hunting Gun (two cloudy gems of the “Is life worth living? Meh” school) I read Yiyun Li’s new essay-memoir on solitude, mental illness and suicide, disavowal of her first language, Turgenev, and other such matters. She has such a tenacious mind. It’s arresting, and seems a favor, to watch that mind at work. I can’t say whether her pathologies feel close to my own; that sort of closeness isn’t the point. She hates to write the English I, she says, and finds relief in Chinese sentences with implicit subjects. I’m sick of my own first person too, but have no way around it that’s not a dodge. 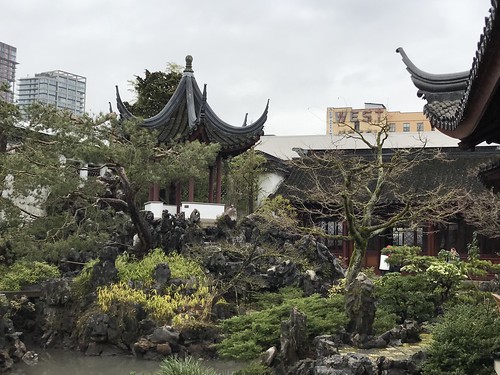 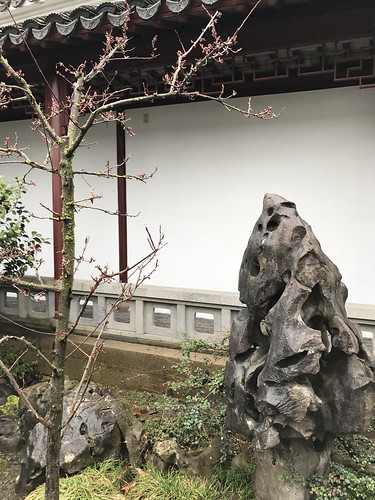 The Sun Yat-Sen garden was much as I remembered except for some maintenance work going on in the pond, which had lowered the water level to the point that the resident heron could finally stalk across it, as (I was told) it had always longed to do. 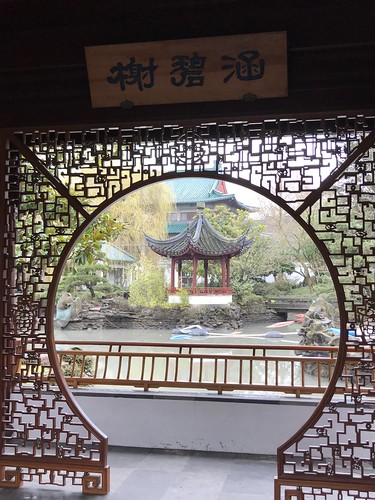 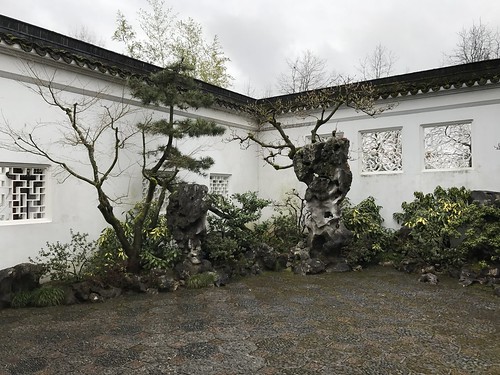 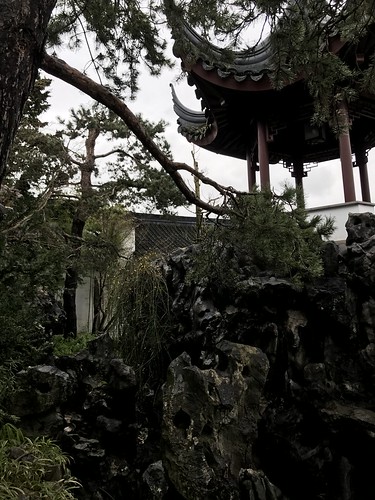 The interpretive signage explains that this is a scholar’s garden: here is the path down which the scholar walks, here the window through which the scholar contemplates the landscape arrangement, here the study where the scholar reads and writes poetry. I love this ghostly scholar who is needed to complete the architecture, and I stayed in the study a while because I much preferred being the scholar to being myself. The last time I failed to sell a book, I found an escape hatch in studying Greek and Japanese. There’s a great deal of shame in this, I said to J. She mentioned a quote from Kotsko: “from a psychoanalytic perspective, the presence of shame indicates that enjoyment has taken place,” and speculated that shame must then be the forcible conversion of pleasure into its opposite. It must have been the pleasure of imagining myself above my station, supposing the bench in the study had been set out for me. 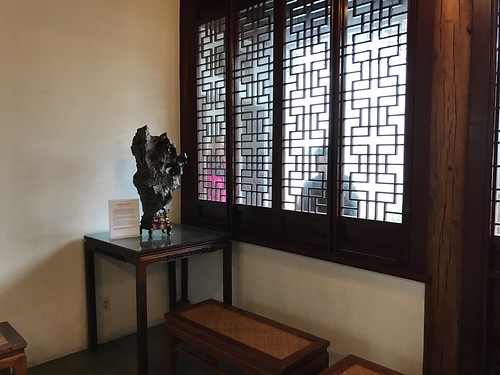 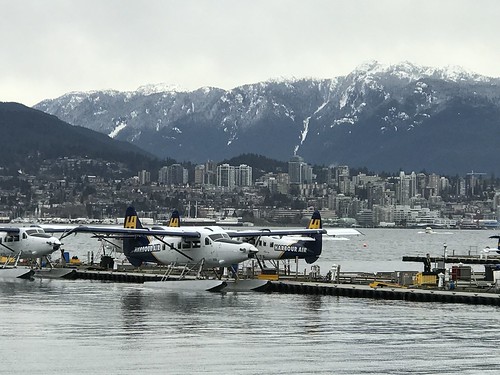 Watery Vancouver, where the light comes late. I sat in the hotel (won’t go to the conference just yet, not quite yet) and imagined myself in a pencil sketch of a building, a crosshatching full of white space.

“The greatest challenge we face is a philosophical one: understanding that this civilisation is already dead.” But it’s not a challenge at all. It’s all too easy to understand, to carry it around morning to night as a double exposure laid over catching the train, ordering dinner. Between small plates and the entrée at one of the best establishments in the city, “Idioteque” came on the sound system, the last thing I ever thought I’d hear in a restaurant... women and children first... and we kept drinking, suits and dresses, and money changed hands. 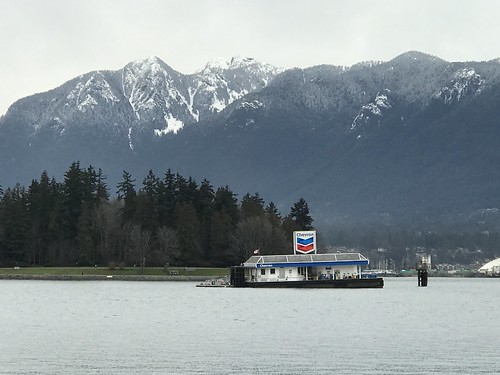 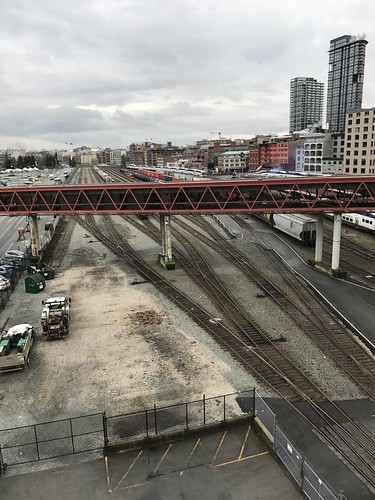 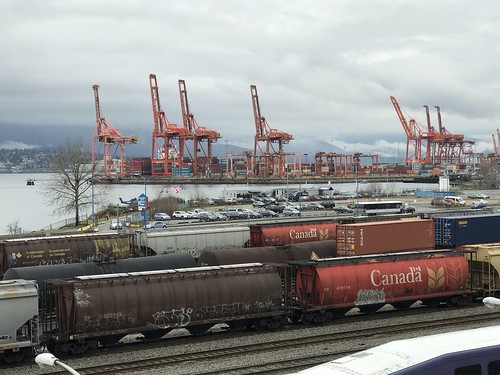 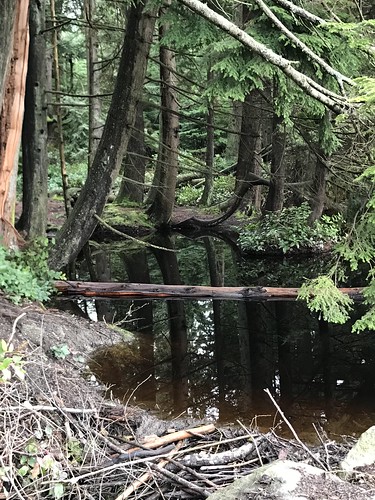 Biking home, moonrise looked so large and kind over the hills that it was easy to give the mineral sphere the aspect of a friend (ché travagliosa / era mia vita: ed è, né cangia stile, / o mia diletta Luna); and I remembered an impulse from childhood, to take as friends the rocks that would survive drought and dearth.

In a gift society like Japan, the sharp rise of disposable income, together with travel and the commercialization of old and new festivities such as Valentine’s Day, have swamped homes with objects. Yet to throw them away might cause bad luck. To this day, gifts and souvenirs cannot easily be transferred unless a new recipient promises to take good care of them. One housewife, for example, hated the three wise men statuettes her husband had brought back from China but worried she might be cursed (tatari) if she got rid of them. Appliances, similarly, should not be thrown out if they are still functioning and full of life. To cope with the material deluge, Japanese households have come up with three strategies. One is to have cabinets and alcoves so that the many figurines, flowers and gifts can be appropriately housed and displayed. The second is to favor gifts that can be used up, especially sweets and pickles, but also washing powder. Finally, there are fund-raising bazaars where people can leave their unused things with a farewell card, asking the new owner to look after them well, almost as if dropping off a child at an orphanage.

—Frank Trentmann, Empire of Things, 2016 (author’s note: The above draws on Inge Daniel’s ethnography of thirty homes in the Kansai region in central Japan conducted in 2002-3: The Japanese House: Material Culture in the Modern Home.)

they must have really nice washing powder

In all these years of going to the UC Botanical Garden I’d never gone into the redwood grove across the street: some inhibitory circuit against first crossing to the kiosk to get the gate code, then trucking back over to the parking lot instead of continuing through the main gate where the magnolias and the karoo are calling; but this weekend I went in and found it much larger than I’d imagined, crossed by a stream, there were conifers other than redwoods (Port Orford cedar, westernmost point in Oregon), and I stood a while at the steep wood-benched amphiteater, remembered the Acropolis, imagined playing for an audience of a few friends, slunk away when students showed up.

We like Bartók and it would be strange if we didn’t like Chamber Music From Turkey, Vol. 1 on Hungaroton. I hope more volumes are coming.

A pose out of Remedios Varo. Smiling with a deer’s mouth, both hands folded over my left breast, beneath which nestles a heart the size of an avocado pit.

No, nothing is coming after me.