Those from Iowa who still read here of course remember Fred and Kelly. Today I received some sad news from Fred.

Kelly’s brother Michael was killed in Iraq last week. Kelly and I are in Dallas, PA, with her family now.

Here are links to the stories in the local paper from last Wednesday:


Kelly wanted to let friends from Iowa know, and I thought of metameat. If you get this anytime soon and wouldn’t mind passing on the word, I’d greatly appreciate it. The family has started a foundation in Michael’s name, in case anyone wants to make a donation in place of sending flowers or anything. Here’s the address.

Whatever words of sympathy I want to muster are incommensurable with this loss. I am so sorry.

Kazuo Ishiguro's Never Let Me Go, Spoon’s Gimme Fiction, Gang of Four on tour, Michael Tilson Thomas conducting Mahler’s Fifth, Roberto Bolaño’s 2666 (came out October 2004, but copies trickle into the U.S.; I’ve almost finished mine), the Gerhard Richter exhibition in New York that we can’t go see, and the spam I get from Brazil with its eye-catching tripartite graphic of the Brazilian flag next to an ass:

The text goes something like: “Gluteal prostheses: become part of the national passion.”

Your spam has nothing on my spam. Here is what I received, with a list of 180 names appended, on my blind spam-only address today: "Hello, Everyone. It will be interesting to see who responds!" A chain is as strong as its weakest link, as they say. m.

“Um, no, neither of us.” Birds are allowed to vote in California?

Only the corvids. “Crows and their allies are probably the most intelligent of birds. Their omnivorous food-habits bring them at times into conflict with farmers and fruit-growers, but they are mostly wary enough to hold their own, and in many countries are among the commonest of birds.” Natural History, edited by C. Tate Regan, D.Sc., F.R.S., Director of the British Museum of Natural History (London and Melbourne: Ward, Lock & Co., Limited, 1936).

You haven’t mentioned Tookie Williams or Governor Schwarzenegger, but then you don’t seem like the type who would vote for Arnie

Um, no, neither of us. We don’t like the state killing its citizens either, but the grant that was supposed to let us colonize an uninhabited island and establish socialism with a human face has been sent to the dead letter office.

I was thinking about the sensitive narwhal, which judging by that map of its range is not going to survive climate change. All the narwhals will shift northward until they are all at the pole, and then they will shrink to an extensionless point.

you haven't mentioned Ahmadinejad's recent comments on Israel/Holocaust either. Because, that, to this observer, is far more likely to lead us to rue the day we gave up on that uninhabited island dream. m.

We're busy writing papers about how books can change the world.

you have no idea how happy this makes me

Me too, comment box! One Zak Smith has illustrated Gravity’s Rainbow, almost page by page; they are mostly angular ink sketches, but every once in a while something different stands out. Personal favorites over here include:

Page 6: “Far to the east, down in the pink sky, something has just sparked, very brightly.”
Page 184: “...the garment on Slothrop blazes into a refulgent life of its own...”
Page 576: “Slothrop who tends to play more by superstition than strategy, is obsessed with protecting his knights”

Also, we recently learned that the German translation of Gravity’s Rainbow (Die Enden der Parabel) was undertaken by none other than Elfriede Jelinek, who told the press that for her part she’d like to see Pynchon get the 2005 Nobel: The author annually considered as a favorite plays in a much higher class than herself, said the Austrian writer following her sensational award last year, and described herself with pleasant self-deprecation as a “good regional writer” compared to the “giant”: “I really can’t grab the Nobel Prize while Pynchon doesn’t have it.”

(Jelinek declined to accept the award in person, just as Beckett had sent a proxy to Sweden, expressing regret that he and not Joyce had won the prize: “Joyce would have known what to do with it.”)

yo fuck a nobel prize, he's too good for them

did pynchon do this?

Now We Are Six 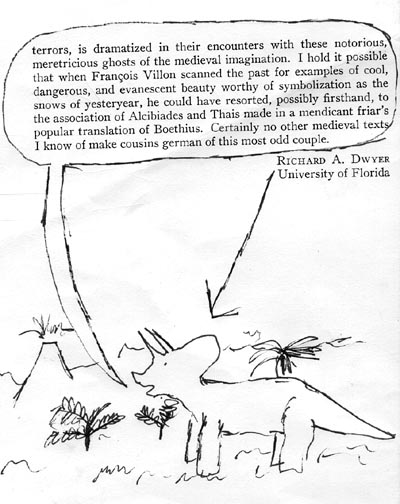